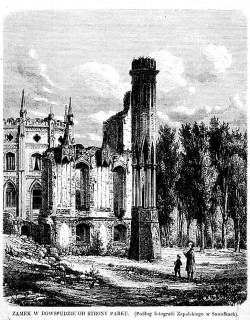 His large estates Ludwik Michał Pac inherited in 1797 after his distant relative, General Józef Pac, Starost of Wilno. Józef Pac bypassed in his will the children of his own sisters and granted the huge property to “the last relic of the name of Pac.” Unexpectedly, the merely seventeen-year-old Ludwik Pac became a real magnate. In total, he took over 3 towns, ca. 20 manors, a few dozen of villages and the sum of over 4 mln zlotys in cash. Additionally, he became the owner of the archives and art collections gathered by the consecutive generations of Pacs. In the wake of the Partitions of the Commonwealth, Pac’s extensive estates were divided between two occupants. The Russian partition incorporated Hołowczyn, Jezno, Różanka (the main residence of the Pacs), Horodyszcze, Wielka Dzitwa alias Myto, Żyżma and palaces in Wilno and Grodno. The Prussian partition included the demesnes of Dowspuda, Raczki and Mazurki. For political reasons, Count Pac decided to move his main residence to Dowspuda where he built a sumptuous palace. He also introduced new forms of management; he was one of the first popularisers of modern agriculture in the Kingdom of Poland. For his involvement in the November Uprising, at the end of 1831, the Tsarist authorities sequestered and, as a consequence, confiscated his estates. The so far prosperous enterprises detriorated. On 28 March 1836, the Dowspuda estates, by order of the Tsar, were granted to Gen. Nikolai Sulima. Since 28 June 1834, Dowspuda, on behalf of the Kingdom of Poland, was leased by Stefan Horaczko. 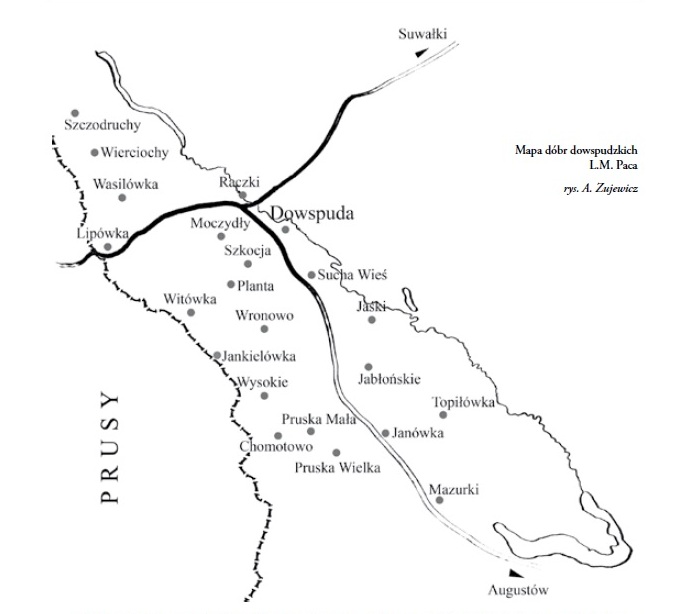 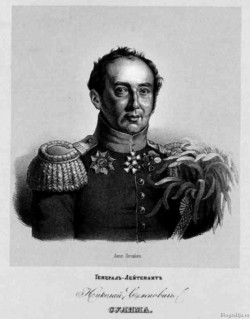 Nikolai Sulima (1777 – 1840) – Russian general-lieutenant, participant of wars with France, Turkey and Poland. Commander of an infantry regiment. In 1832, president of the Supreme Criminal Court, then governor of Eastern and Western Siberia. Member of the War Council, and the Council of State Control. In 1836, for his participation in the war with Poland (1831), he was rewarded with the Dowspuda estates.

Horaczko Stefan (1782 – 1852) – soldier of the Duchy of Warsaw, for his war effort, received the Legion of Honor in 1813. After his return to Poland served as a captain in the army of the Polish Kingdom, then resigned from it. Before 1820, he became a forestry superintendent in Boksze, and then, before 1829, in Żyliny. Since 1834, the leaseholder of Dowspuda.